Agrochemicals play a significant role in agriculture. They not only protect our crops but also regulate plant growth. Since humanity is facing the problem of population explosion, there is a pressure of meeting the real demand. In such a scenario, fertilisers gain more importance. Though there are strict rules in many countries regarding the proper use of agrochemicals because improper and excessive use of chemicals is causing a severe threat. Due to this reason nowadays, people are opting for eco-friendly options. Bio fertilizers and bio pesticides are taking the place of chemical-based agrochemicals.

Since the agrochemical industry is purely dependent on raw materials like nitrogen, chlorine, sulphur, and potassium, etc. there are some markets which fulfil this need. Europe, Central and South America, Asia Pacific, Middle East, and Africa are some markets which supply these raw materials in huge quantities. If we have to mention the specific countries, India and China are the top suppliers of raw materials to the agrochemical industry. Both countries are dependent on agriculture and affiliated industries. They are the key parts that account for a huge share of agrochemicals demand. As per reports, approximately 70% of India’s population mainly relies on agriculture and allied activities for their survival and livelihood.

Many countries are into the agrochemicals manufacturing business, but North America is noteworthy among them. Here, a large number of companies deal with agrochemicals. Also, the current scenario signifies that in the near future, the region would be the largest market of biopesticides and biofertilizers as well because they have shifted their focus on them due to the stringent environmental norms. Also, the boost in the agriculture and dairy industry is making conditions more viable for the region. As per reports, many companies are recording magnum sales in the market.

The global agrochemical market has been booming for years. As per global reports, it will reach USD 308.9 million by 2025. About 2-3 years ago, it was near about USD 215.15 million. There are many factors due to which the market is flourishing. The natural resources are depleting every second along with the shrinking agriculture lands and there is a huge demand generated globally, which is leading the agrochemical market towards a new height.

In India, a significant yield is lost due to pests, weeds, and some sort of harmful diseases. Thus, to ensure better growth, agrochemicals are essential. It must ensure that environmental safety must not be compromised at any cost. If we see the Indian agrochemicals market, we get to know that Insecticides dominate the industry as their share in the crop protection market is higher than others. As per reports, the share is around 55%, which accounts for near about USD 2.3 billion. Then comes, pesticides and herbicides. Though numbers suggest that herbicides are emerging at a fast pace and this segment will gain more significance shortly.

It is a technique by which the fertilizers are implemented on the outer side across the whole field, frequently. Significant capacity spreaders are utilized to spin dry fertilizer on the soil surface. Broadcast fertilization may be made better by incorporating fertilizer through plowing or disking.

These are chemicals or substances that are used to destroy pests that are harmful for agricultural cultivations. It is useful in vanishing insects, fungi, rodents, and undesirable or unwanted plants such as weed but as pesticides are potentially toxic to other organisms, it needs to be used properly.

Herbicides are used to control or kill the weeds and herbs that are a threat to our crops. Most of the herbicides kill the targets in such a manner that the desired crop remains completely unharmed.

These are used to kill insects. It can be anything like the ovicides that are useful to kill eggs or larvicides that we usually use to kill the larvae. They may be manmade or natural.

They are also known as algicides and are mainly used to control the algae attack. They can be selective or non-selective according to the need.

Rodenticides are used to prevent rodents like the rats, mice, etc. which at times can damage crops, transmit diseases, and even cause a threat to the ecological system.

These are used to control the fungi, which adversely affect crop yields and crop quality. Fungicides are very useful to protect the fruits, vegetables, and cereals, etc. which are often attacked by fungi.

These are compounds that are used to control molluscs like snails and slugs, which the farmers and gardeners hate. They are the most annoying and destructive pests, and molluscicides are the right weapon against them.

It is a chemical pesticide used to control or kill the nematodes.

Fertilisers are the chemical compounds that are specifically used for promoting plant growth. It alleviates the nutrient deficiency in the soil, which in turn results in a healthy yield. They can be organic and inorganic.

They are substances that keep the soils in good health. Manures, compost, peat, and leaves play a vital role in soil conditioning. They enhance the process of aeration and augment the water holding capacity of the soil.

At times, the increased acidic or alkaline nature of the soil can hamper the proper growth of crops. In such cases, liming and acidifying products can be used to fine-tune the levels.

Water-soluble boosts nutrients in plants. It can be dissolved in water which is to be used to irrigate the plants. It helps in fertilising and hydrating your plants. Moreover, the risk of chemical burn during extreme heat decreases.

Knack Packaging is known for its superior packaging solutions, and this culture is ingrained in us as a tradition. We have been serving the agrochemical industry for a long time now. We always consider the hazardous products packed inside the Agro Chemicals packaging and are perfectly aware of the harmfulness of the product. Our packaging solutions range from 5kg to 50kg in the BOPP laminated PP woven bags segment and two variants of handle bags – Open mouth bottom stitch and Open mouth bottom gusseted in the 5kg and 10kg category, which gives you the feel of a shopping bag. These all sizes can be offered in three types – standard Circular Woven construction, Back seam construction and the trending Pinch bottom bags. We can manufacture unique bags with liners for chemicals and water-soluble chemicals as well.

The design and structure of the bags is prepared with required additional liners in a way to give them adequate strength and make it leak-proof.

Our packaging materials are moisture free and are compatible to prevent any reaction.

We protect your brand integrity with our attractive packaging solutions and enhance safety and comfort for final customers. 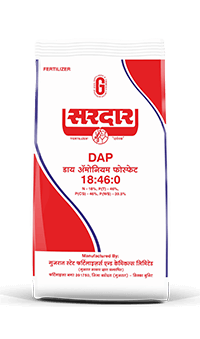